A variety of fatty acids

A triglyceride is called a fat if it is solid at 25°C; it is called an oil if it is a liquid at that temperature. These differences in melting points reflect not only differences in the degree of unsaturation, but also the number of carbon atoms in the constituent fatty acids. Triglycerides obtained from animal sources are usually solids, while those of plant origin are generally oils. Therefore, we commonly speak of animal fats and vegetable oils.

Below you will find an overview of a number of common fatty acids. 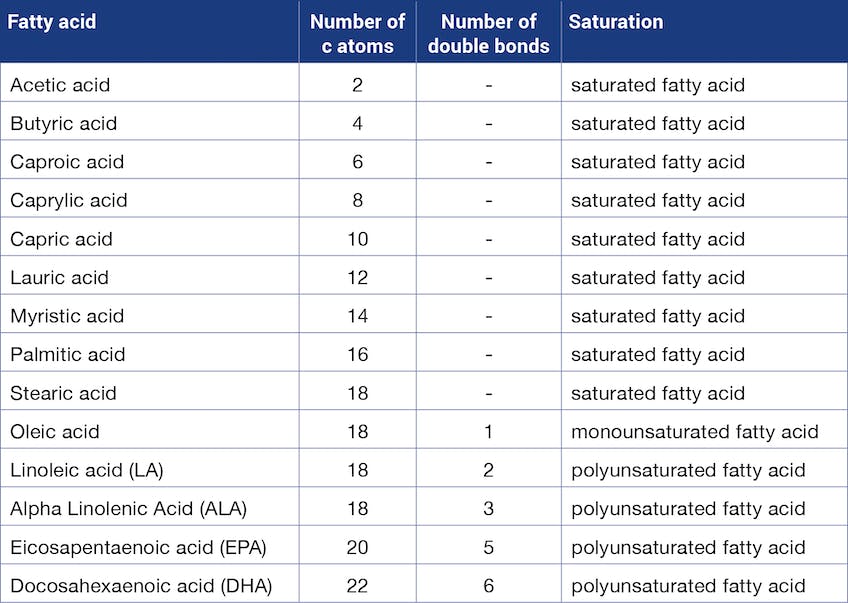